The Psychology of System Justification: Self-Subjugation in Society 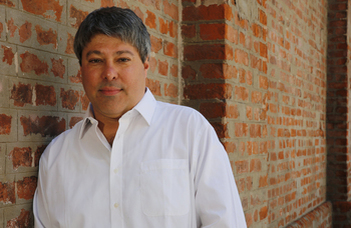 John T. Jost is one of the most widely known, most published, and most decisive political psychologists in the world today. He has been a professor at New York University since 2008. On 7 May 2021, the ELTE Senate holds a festive general assembly to commemorate the 1635 foundation of the university by Péter Pázmány. On this occasion, an honorary doctorate is awarded to John T. Jost by ELTE and the professor is going to hold an online lecture on The Psychology of System Justification: Self-Subjugation in Society.

A theory of system justification was proposed more than 25 years ago by Jost and Banaji (1994) to explain “the participation by disadvantaged individuals and groups in negative stereotypes of themselves” and the phenomenon of outgroup favoritism. The scope of the theory was subsequently expanded to account for a much wider range of outcomes, including appraisals of fairness, justice, legitimacy, deservingness, and entitlement; spontaneous and deliberate social judgments about individuals, groups, and events; and full-fledged political and religious ideologies. According to system justification theory, people are motivated (to varying degrees, depending upon situational and dispositional factors) to defend, bolster, and justify aspects of existing social, economic, and political systems. Engaging in system justification serves the palliative function of increasing satisfaction with the status quo and addresses underlying epistemic, existential, and relational needs to reduce uncertainty, threat, and social deviance or discord. In this talk, which is based on a new book published by Harvard University Press, I will summarize major tenets of system justification theory, review some of the empirical evidence supporting it, answer several questions and criticisms, and highlights areas of societal relevance and directions for future research.