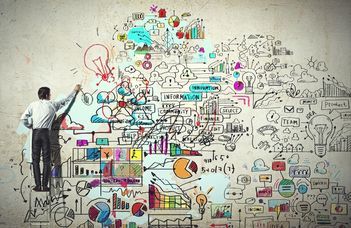 ImmunoGenes is a biotech company with a platform technology that improves the immune response using genetically-modified mice and rabbits that overexpress the neonatal Fc receptor (FcRn). Our IMG-AbS™ patented technology results in a greater number and greater diversity of B cell clones than is typical and a strong immune response against weakly immunogenic targets. This, in turn, generates high-quality monoclonal antibody candidates with high affinity and diversity that pharmaceutical and biotech companies can use in their development of unique therapeutics and diagnostics.

The company’s recent studies have illustrated the advantageous effects of FcRn overexpression to significantly improve humoral immune response in the generation of antibodies, in principle, as biotherapeutics or in diagnostic assays.

The IMG-AbS™ platform is protected by broad patent claims that have already been granted in Europe, Canada, Australia, Hong Kong (China), China and Japan.

Maven7 is rooted in strong scientific and professional grounds. The methodologies developed and integrated into our analytics solutions are based on the scientific discoveries of our globally acclaimed and award-winning scientist co-founders, Albert-László Barabási and Tamás VicsekOur Organizational Network Analysis software, OrgMapper, is based on the Cfinder algorithm, a software tool for network cluster (community) detection. Cfinder was developed by the Tamás Vicsek-lead ELTE biological physics research department, and published twice in Nature, the world’s most cited interdisciplinary scientific journal (2005, 2007).