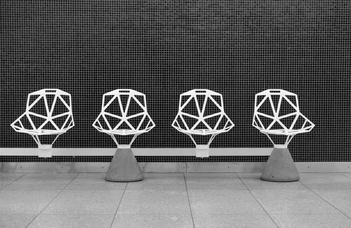 Budapest has an efficient, diverse and low-cost network of public transport, including bus, metro, trolley bus, tram, suburban railway lines (called HÉV lines), and boat services. By using any kinds of transportation, you can reach your destination fast and convenient in the city.

The Centre for Budapest Transport (Budapesti Közlekedési Központ, BKK) is responsible for the main transport services in Budapest (including bus, tram, metro, suburban, and trolleybus) in an integrated system.

If you would like to travel by public transport, please always keep in mind that you need to have a valid ticket or season ticket with you. Tickets are available all around the city at metro stations, tram stations, or street kiosks.  You can use the same type of ticket for all forms of public transport but you need to validate a new ticket for each journey. Additionally, single tickets are available from the driver on board the bus with an extra charge of fee.

If you regularly use public transport, we recommend you to buy a monthly or yearly pass. Students with a valid student card are eligible to reduced rates.

Note! Those who are travelling without valid ticket or pass can be fined by the inspectors. Ticket inspectors might appear suddenly on the board. The obligated fines are:  HUF 8,000 HUF on the spot; HUF 16,000 afterwards by postal cheque. At underground stations, you can only enter upon presenting your ticket or pass.

Budapest has more than 200 bus routes covering most inner city and suburban areas. Some routes offer an express service, indicated with an “E” following the bus number. On the main routes, services are available even during the night hours.

Currently, there are four metro lines in Budapest:

The Yellow Line is the oldest metro line in Hungary and also in Mainland Europe. It was opened in 1896 for the Hungarian Millennium. The newest line is M4 (Green Line) that was opened in 2014. Metro services run from 4:30 until 23:30.

The suburban train service of Budapest called HÉV connects Budapest with its suburban areas. A popular journey for tourists is from Batthyány tér to Szentendre.

Keep in mind that if you leave the administration border of Budapest, you need to purchase a special ticket to your destination.

One single ticket for public transport boat is HUF 750 or you can travel with your monthly Budapest pass free of charge.

You can always hail a taxi in the streets but it is cheaper to book one over the phone, online or with apps. Tourists should avoid hailing unmarked taxi cars. Even if they have a taxi sign on the roof and are seen standing at taxi ranks, do not get in the car unless they have a company name on the outside of the car. From September 2013 every taxi is uniformly yellow in Budapest.

Budapest’s night transport is one of the best in Europe. You will find that you can get anywhere in the city by the night buses – sometimes even faster than in the daytime. Night buses usually start at midnight and run until 4:00 am every night. Night buses’ numbers start with number 9.

Note: Some night buses on very busy lines run quite often (every 10th or 15th minute), but lines running to the suburbs run only once or twice an hour.