10 years of the arab spring 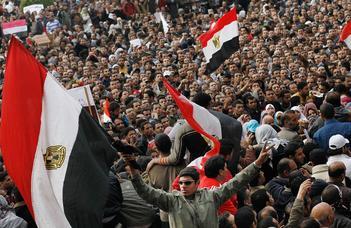 In December 2010, Mohamed Bouazizi set himself on fire in protest of corruption and atrocities in Tunisia. The outrage over his death led to a series of protests spreading in neighbouring countries. Subsequent events were soon dubbed in Western media as the ʻArab Springʼ – a series of uprisings in most countries of the Arab World.

Ten years after the events, the long-term, societal results of the protests are still controversial or at least somewhat unclear for foreign observers. A country-by-country analysis is needed to understand and assess the changes that occurred in the relevant societies. For these reasons, Eötvös Loránd University’s Contemporary Arab World Center and the Department of Public International Law at Pázmány Péter Catholic University organizes a joint conference, which will address the current state of affairs in countries involved in the Arab Spring, the successes and failures of justice, the security of local communities, as well as the role of social media in local societies, politics and legislation, ten years after the Arab Spring.

Prospective speakers are encouraged to apply and send their 600 word abstracts to the organizers by the 31st of May 2021.