Companion cats – as their owners see them 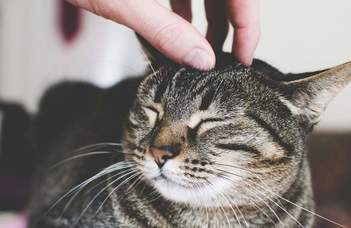 The results of Department of Etology new questionnaire-based study (by assessing the responses of 157 Hungarian cat owners) show that some features of the cat-human relationship, from the viewpoint of cat owners, resemble dog-owner relationship features.

Demographic factors (cats’ and owners’ sex and age, owners’ education level) had a strong influence on several traits derived from the questionnaires. These results show strong similarity to earlier questionnaire studies about the social and socio-cognitive features of the dog-human relationship. For example, the researchers of Dopertment of Etology found that playful interactions may enhance the relationship between owner and cat, similarly to dogs where it was found earlier that playful dogs were more trainable and they showed more interest in their owners. Other aspects of their results show divergence from the features of dog-human interactions. While dog vocalizations are highly informative for humans, cat meows were considered by the owners as mere expressions of the cats’ intention to ‘get something’.

The questionnaire study is among the first endeavors that investigated extensively cat owners’ opinions about the extent of the complex socio-cognitive capacity of companion cats and their everyday interactions with humans. Besides discovering such peculiarities of cat ownership as the imitation of cat vocalizations during interaction with these animals, the results shed light on the role cats play as companions in the average cat owners’ lives. Although there are obvious differences among the opinions of the surveyed population, the main conclusion is that owners usually consider their cats as family members with a high capacity for emotional and empathetic understanding towards human emotions and communicative signals and considerable levels of mental capacity. Obviously, the main limitation of the study comes from the anthropomorphic approach of the participating owners, however, it provides several testable hypotheses for future empirical research.