Conception of childhood and verbal consciousness in early childhood 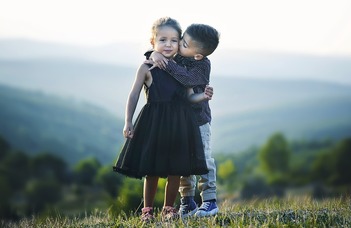 Eötvös Loránd University and Sechenov University in Moscow formed a research group in order to conduct an empiric research among 4-5 year old children regarding their conception of childhood and verbal consciousness. The research was supported by the Russian Foundation for Basic Research, and the New National Excellence Program of Hungary.

100 questionnaires were filled out in each country based on the association experiment and the shoulder-to-shoulder method. The uniqueness of the investigation is the focus of the children on themselves and their views about childhood. This is the first step to understand what their definitions about this early stage of life are also including the chosen topics, such as child, family, toy, friend, and home – related to their first and second social circles, their families and their direct environment, and water, black, devil, angel, and foreigner - previously known lexical items. Verbal consciousness, as a key technical term of the Moscow School of Psycholinguistics enabled the researchers to compare the two different groups of language users from an intercultural standpoint.

As the result of conceptualizing childhood, the research confirmed as a universal characteristic that most children regard themselves as small versions of adults despite the fact that they consider playing as the most typical activity of childhood, practiced only during the childhood period and they predominantly stated that adults do not play.

The effects of globalisation to children’s development was also confirmed by identifying the importance of Lego and other toy brands, tablets and cartoons regardless of geographical boundaries. The questionnaire furthermore offered an opportunity to the respondents to elaborate their problems (e.g. father’s death, parents’ divorce).

At the end of the research it turned to be obvious that further work is needed in order to continue to map children’s knowledge about the world surrounding them, and to reveal the cross-cultural differences of Russian and Hungarian children.