Direct coupling of the Higgs boson to the bottom quark observed 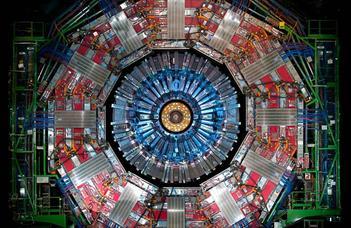 An observation made by the CMS experiment at CERN, submitted for publication in Physical Review Letters today, represents yet another important milestone reached in the scrutiny of the Higgs boson and its interactions with Standard Model particles. From Hungary about 40 researchers and students from the MTA-ELTE Lendület (Momentum) CMS Particle and Nuclear Physics Group, the Eötvös Loránd University, the HAS Wigner Research Center for Physics, the HAS Institute for Nuclear Research in Debrecen and the University of Debrecen participates in the work of the CMS collaboration.

On 4 July 2012, two of the experiments at the CERN’s Large Hadron Collider (LHC), ATLAS and CMS, reported independently the discovery of the Higgs boson. The announcement created headlines worldwide: the discovery confirmed the existence of the last missing elementary particle of the Standard Model, half a century after the Higgs boson was predicted theoretically. At the same time the discovery marked also the beginning of an experimental programme aimed at determining the properties of the newly discovered particle. Reporting today at a seminar at CERN, the CMS collaboration announces yet another milestone in that programme, after a recent publication that announced the first observation of the direct Higgs boson coupling to the heaviest Standard Model particle, the top quark.

While the direct decay of the Higgs boson to bottom quarks is actually the most frequent one of all possible Higgs decays, it has been a real experimental challenge to observe it. This is because there is an overwhelmingly large number of other Standard Model processes (called background) that can mimic the experimental signature characterized by the appearance of a bottom and an anti-bottom quark. Therefore, it was necessary to focus on particular signatures where a Higgs boson is produced in association with a vector boson (a W or Z particle, see the figure), producing a significant reduction in the background. Because this process is quite rare, it was necessary to sift through a large number of collisions to find the signal. Fortunately, the LHC’s great performance in 2016 and 2017 made this possible.

“It was the ingenuity of CMS scientists in deploying modern sophisticated analysis tools, including machine learning techniques, and in combining the aforementioned signature with other sensitive Higgs boson processes, as well as the outstanding performance of the detector and the very large available data set, that made it possible to pass this milestone earlier than expected”, says Viktor Veszprémi deputy leader of the CMS group at Wigner RCP.

“The researchers of Wigner RCP played an important role in the operation and upgrade of the CMS Silicon Pixel tracking detectors which are essential to identify jets of hadrons originating from b quarks. Members of the MTA-ELTE Momentum CMS group participated in the precise measurement of the data volume (integrated luminosity) and were responsible for the electron triggers selecting the interesting events in real time by looking for electrons from the decay of the W or Z bosons produced together with the Higgs boson.  The groups from Debrecen worked on the position alignment system of the muon chambers that detect the muons flying out  from W or Z bosons and allow a precise determination of their momentum.” – adds Gabriella Pásztor leader of the MTA-ELTE Lendület (Momentum) CMS Particle and Nuclear Physics Group.

With this observation of the Higgs boson coupling to the bottom quark, together with earlier observations of the Higgs coupling to the top quark and the tau lepton and therefore to all three of the heaviest known fermions, the CMS physics programme to characterise and more fully understand the Higgs boson has taken another important step. While the strength of the measured couplings is consistent with the Standard Model expectation, the precision of the measurements still leaves room for contributions from new physics. In the coming years, much more data will be collected and the precision will be improved, in order to see if the Higgs reveals the presence of physics beyond the Standard Model. 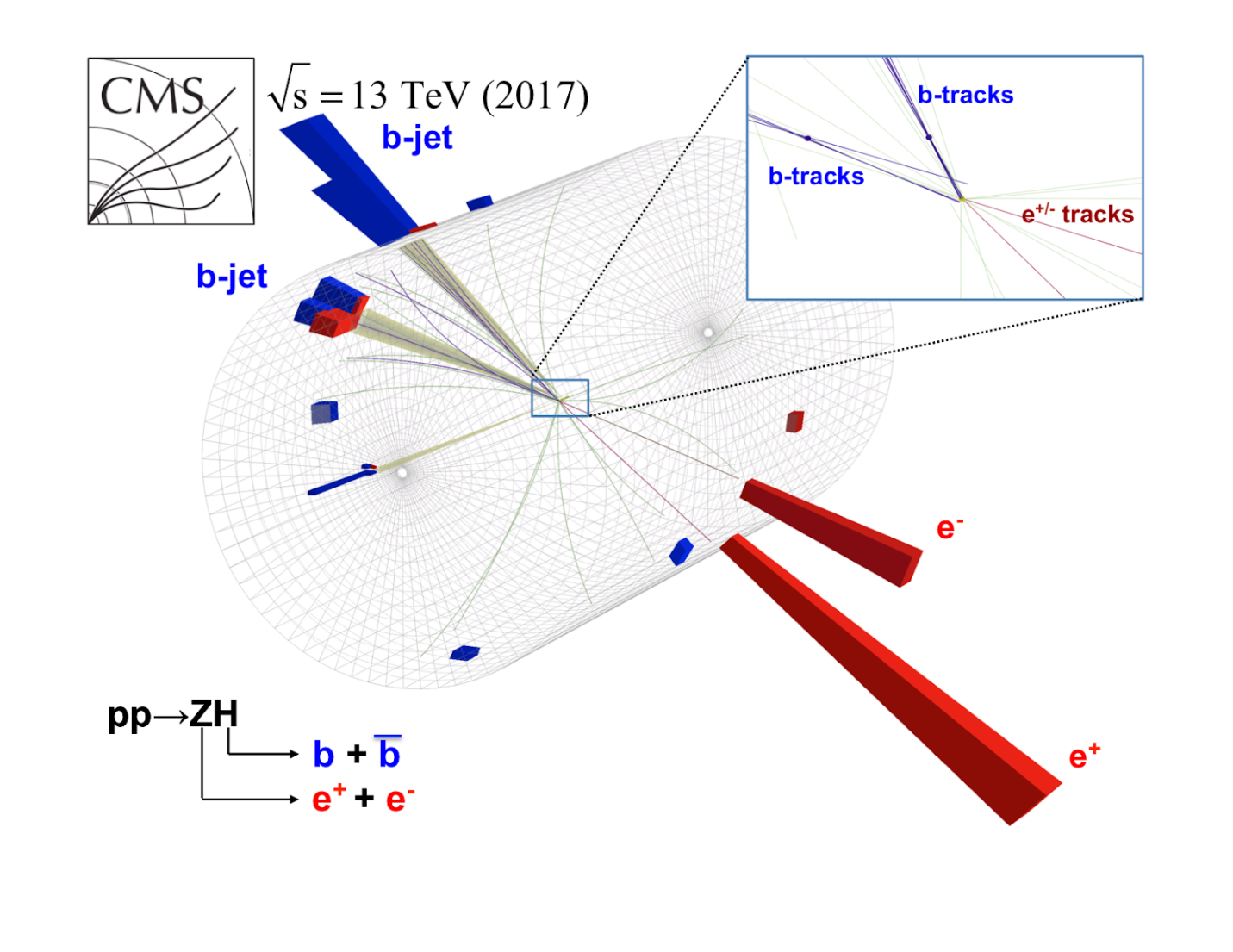 Candidate event showing the associated production of a Higgs boson and a Z boson, with the subsequent decay of the Higgs boson to a bottom quark and its antiparticle.