ELTE at the forefront of the world in physics 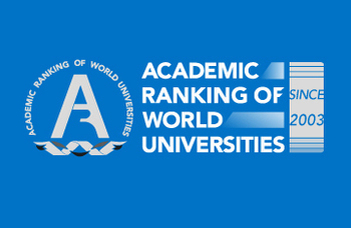 In the ARWU Global Ranking of Academic Subjects (GRAS) 2021, ELTE is the best Hungarian institution in the fields of physics, mathematics, psychology, meteorology, biology, and ecology, among the 150 best institutions in the world in the field of physics and in the 201-300 category in psychology.

On 26 May, the results of the Academic Ranking of World Universities (ARWU) Global Ranking of Academic Subjects 2021 were released. The 2021 GRAS contains rankings of universities in 54 subjects across Natural Sciences, Engineering, Life Sciences, Medical Sciences, and Social Sciences. More than 1,800 out of 4,000 universities across 93 countries and regions are listed in the rankings.

Similar to last year, Eötvös Loránd University was ranked among the best in the world in six fields, and based on the results, ELTE is the best Hungarian university in the fields of physics, mathematics, psychology, meteorology, biology and ecology.

Compared to last year’s results there was an improvement in three fields (physics, mathematics, and psychology). ELTE made the biggest progress in the field of mathematics, the University moved up from last year’s 401-500 category to the 201-300 category. ELTE is one of the 150 best universities in the world in the field of physics this year, with institutions such as Charles University in Prague, Utrecht University, Indiana University Bloomington, King's College London, KTH Royal Institute of Technology in Sweden, and Leiden University in the same category.

ELTE improved its place in the ranking of psychology courses from last year as well; this year, it has been ranked in the 201-300 category, getting the lead in Hungary. Among other higher education institutions in the region, ELTE PPK overtook its traditional competitors, Warsaw University and Charles University in Prague, and was placed in the same category as SWPS University, one of the largest private institutions in Poland. The highly funded University of Vienna ranked in the 101-150 category.

Results of ELTE in the ARWU Global Ranking of Academic Subjects in 2020 and 2021 (the University’s ranking in Hungary in brackets, = signifies a shared place)

The Jiao Tong University in Shanghai started publishing the global edition of the ranking in 2003, and the survey has been conducted since 2009 by an independent organization, ShanghaiRanking. Separate lists of fields have been compiled since 2017 based on the number of high-quality (Q1) scientific publications, citations, the proportion of publications published jointly with a foreign co-author, the number of publications in leading journals or presented at major conferences, and the number of researchers awarded significant prizes. The ARWU rankings have been regarded as one of the most reliable rankings for many years; you can read more about the survey methodology here.