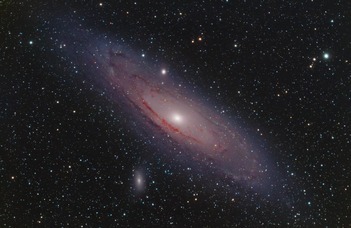 HU
The Space Research Group at the ELTE Department of Geophysics and Space Sciences leads the FARBES project launched with the support of Horizon Europe. The project aims to assist the undisturbed operation of satellites and spacecraft by providing forecasts based on data recorded on land. One North American and five European institutions take part in the work.

As a result of solar flares and geomagnetic storms, charged particles and plasma is drifted from the solar wind into the upper atmosphere of the Earth. These low- or medium-energy particles acquire high energy in the radiation belts due to the wave-particle interactions that take place there and “get trapped” in the magnetic field of the Earth. They represent a considerable threat to the electronics of satellites and spacecraft while they are trapped. It is imperative that researchers be able to predict how long it takes for these high-energy particles to leave the trap. Because of the dynamics of the Sun, magnetic storms take place regularly basis, but at variable intervals.

“However, satellite operators are not primarily interested in when a magnetic storm can be expected and when high-energy particles will be emitted, but rather if there is already a ‘trouble’, how long it will last: an hour, half a day, or two days,” says Professor János Lichtenberger. In the given time interval, the satellites must be switched into default mode. In this way, the probability of faulty operations becomes significantly lower. However, a switched-off satellite is evidently unprofitable for the operators, so the goal is to minimise losses: the satellite should only remain switched off as long as it is absolutely necessary for its safety.

To predict this process, real-time data recorded by satellites would be needed, but no such satellites exist currently. “For this very reason, our international consortium prepares forecasts based on data recorded on land, which are not focused on fine details but estimate the aforementioned

duration of dangerous periods based on radiation belt models”

The key parameters of radiation belt models are derived from data recorded on land. The Space Research Group at the ELTE Geophysics and Space Sciences Department has several decades of experience in such measurements. A global analyser network (AWDANet) was established previously, which is intended to measure the electron density of the thermosphere and plasmasphere detecting the signals produced by lightning (so-called whistlers). The network is also suitable for receiving natural radio signals, the strength of which serves as an important input parameter for radiation belt models.

The measurement networks on land mentioned above were further developed in the PLASMON FP7 project, which was also coordinated by ELTE. The FARBES project, which has been launched recently, is aimed at the operational application of the plasmasphere and radiation belt models as part of the space safety programme of the European Space Agency (ESA).

The launch of the FARBES project is being supported by Horizon Europe with a total budget of over 850,000 EUR, of which ELTE receives 242,625 EUR. Other participants of the project are the Office National d’Etudes et de Recherches Aérospatiales from France, the British Antarctic Survey, the Institute of Thermospheric Physics at the Czech Academy of Sciences, the National University of Athens, and the US New Mexico Consortium.