ELTE in the subject rankings of the Times Higher Education 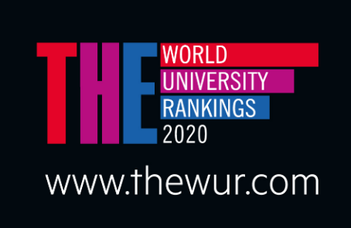 The Times Higher Education (THE) annually publishes rankings of the world’s top universities in every field of studies, in October and November. On November 19, the British organisation released the ranking list of the final four areas, making thus the subject rankings for 2020 complete. These rankings are based on the same indicators as the overall World University Rankings, but the methodology is recalibrated for each subject to suit the individual fields. Eötvös Loránd University appears in six of the eleven subject rankings. In three areas (i.e., arts and humanities, psychology, and life sciences), it has maintained its former standing. In two fields (i.e., social sciences and physical sciences), it has climbed one band, and in one case (i.e., computer science), it has fallen one band since last year.

ELTE has proved to be the best higher education institution in Hungary in the fields of arts and humanities, psychology, as well as life and physical sciences.

From the eleven tables, the subject rankings for law and education do not include any Hungarian university. In addition to the place of ELTE in the rankings, our summary below presents the positions of other Hungarian universities, the absolute winners of each field of study, as well as some marked global tendencies. The subject rankings of the Times Higher Education can be browsed by year, by country/region, and by field of study on the website of the organisation.

Stanford University tops the ranking, followed in second and third places by the Universities of Cambridge and Oxford, respectively. Dropping out of the top three, the Massachusetts Institute of Technology (MIT) has finished in fourth place, while Harvard University rounds out the top five. Germany’s Ludwig Maximilian University Munich, Canada’s University of Toronto, and France’s Paris Sciences et Lettres are the only institutions outside the UK and US to make the top 20.

Since the introduction of the currently used methodology (in 2011), Cambridge is at the top of the world rankings for the first time, knocking Harvard University down to second place in the table. The third, fourth, and fifth places remain unchanged from last year, they are held by the University of Oxford, MIT, and Stanford University, respectively. Special mention must be made of Australia’s Monash University that has climbed 23 places to 55th since last year. The University of Bonn enters the ranking for the first time, at 86th place.

The 2020 table for physical sciences – assessing several disciplines, including chemistry, physics, astronomy, geology, mathematics, and statistics – comprises 1054 higher education institutions. Since last year, ELTE has leapt one band forward to land at 401-500, maintaining thus its leading position among universities in Hungary. The University of Szeged (501-600) has also made progress since last year. The standing of the Budapest University of Technology and Economics has not changed (601-800), while the University of Debrecen has climbed one band (601-800). The University of Pécs, ranked 801+, is a new Hungarian university in the table.

Princeton University tops the table for physical sciences for a third consecutive year. It is followed by the California Institute of Technology taking second place and the University of Cambridge finishing in third place. The Swiss Federal Institute of Technology (ETZ Zurich) is the only institution outside the UK and US to feature in the top ten, ranking eighth. France’s École Polytechnique (17th), Japan’s University of Tokyo (29th), and Italy’s Scuola Normale Superiore di Pisa (71st) have made strong progress in the table since last year.

This year’s table for social sciences – assessing the areas of communication and media studies, politics, sociology, geography, and international studies – includes 720 institutions. While the 2019 Times Higher Education World University Rankings table for social sciences comprised only three Hungarian universities (the Corvinus University of Budapest, the Budapest University of Technology and Economics, and Eötvös Loránd University), this year’s ranking list also includes the University of Debrecen (301-400). In 2020, ELTE is ranked 501-600, having risen one band since last year. The global ranking in this area is led by the Massachusetts Institute of Technology (MIT). The University of Oxford is ranked second, and Harvard University takes third place. China’s Beijing University has gained the best position (18th) from Asia. Overall, eleven Asian higher education institutions appear in the top 100, the same number as last year.