ELTE is still the best Hungarian university in the Shanghai Ranking 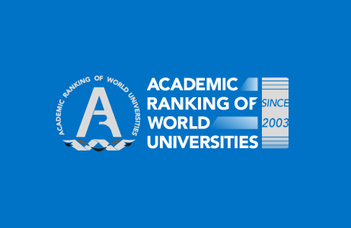 In 2019, ELTE holds its position in the ARWU ranking which lists 1,000 higher education institutions in the world.

The Academic Ranking of World Universities (ARWU) was originally issued by Shanghai Jiao Tong University in 2003. Since 2009, the survey has been made by Shanghai Ranking Consultancy, an independent organisation. The ranking is regarded in academia as one of the most reliable university rankings for years. This year, the first 1,000 of the 1,800 surveyed institutions were put on the list, on the basis of a transparent methodology and data collected from external partners. The indicators include the number of publications, the number of highly cited researchers, as well as academic awards received by the alumni and current teachers of the institutions.

In the 2019 ranking, ELTE – retaining its last year’s position –

The top ten positions remain unchanged compared to last year’s results. This year, eight American and two British universities are again at the top of the list. Harvard University has been ranked as number one for 17 years. It is followed by Stanford and Cambridge, as last year. In mainland Europe, the Swiss Federal Institute of Technology in Zurich (19) and the University of Copenhagen (26) are the best. In Asia, the University of Tokyo (25) and Kyoto University (32) are at the top, whereas in Australia, the Melbourne University (41) achieved the best result. More than 50 institutions have been listed among the top 1,000 universities for the first time this year. New institutions among the top 100 include the Jiao Tong University (82) and University of New South Wales (94), according to the recently released ARWU. The full list for 2019 is available on the website of ARWU.

ELTE is usually one of the top ranked universities in Hungary according to the international and Hungarian rankings of higher education institutions.