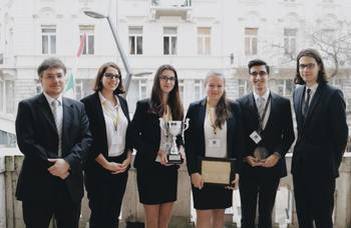 ELTE Law School’s team competed for the fifth time in a row this year at the Monroe E. Price Media Law Moot Court Competition, the most renowned moot court globally in media law, freedom of expression and on the right to privacy. The International Finals, held in Oxford each year, are preceded by eight regional rounds. The South-East European Region Round was organised by ELTE once again, at the request of Bonavero Institute of Human Rights of the University of Oxford.

Last year ELTE’s team won the Regional Round and finished in the best 16 teams at the International Finals in Oxford. During this process, the different skills of the members of the team developed excessively by formulating arguments and practicing the use of legal English both in their written submissions and oral pleadings.

This year, the case of the competition concerned the conflict between A, B, and X as applicants and Surya, a fictional country as respondent. The questions revolved around the convictions of the applicants following a video broadcast depicting a masked individual who – using metaphorical language – urged his followers to convert the adherents of a minority religion to the faith of the majority. After the broadcast, some violent altercations occurred on the streets of the capital. Following the events, the state obtained the personal data of the masked man from the social media platform streaming the video without any judicial authorization. Consequently, the teams had to analyze

as well as the case-law of various international human rights courts and national legislations. Moreover, the State’s conduct could have been also seen as problematic from a legislative and processual standpoint and thus questions of privacy and intermediary liability were also raised.

Members of the ELTE team in the academic year of 2019/2020 were Márton Angyal, Janka Bálint, Dorina Gyetván, Mirtill Hevesi-Tóth and Olivér Németh. They were coached by Gergely Gosztonyi.

Written memorials for the Regional Round were submitted by ten teams. During the oral pleadings each team had 45 minutes to convince the bench consisted of three judges who each had the chance to freely interrogate the speaking councils. ELTE had the opportunity to welcome as judge Péter Paczolay, sitting Hungarian Judge of the ECtHR, András Koltay, rector of the National University of Public Service, Nilay Erdem, stakeholder engagement manager at Facebook’s Product Policy team, Willem F. Korthals Altes, Senior Judge in the District Court of Amsterdam, Csilla Dékány, Senior Partner at Réti, Várszegi and Partners Law Firm PwC Legal Hungary, Dóra Petrányi, Partner at CMS Budapest, Tamás Szabó, Partner at Szabó, Kelemen and Partners Law Firm, Bálint Halász, Partner at Bird & Bird and Maksym Dvorovyi, expert in media law of the Ukrainian Parliament. Besides them, the competitors had the chance to interact with and learn from various Hungarian and foreign practicing lawyers, academics and previous mooters, who all provided valuable feedback as judges. 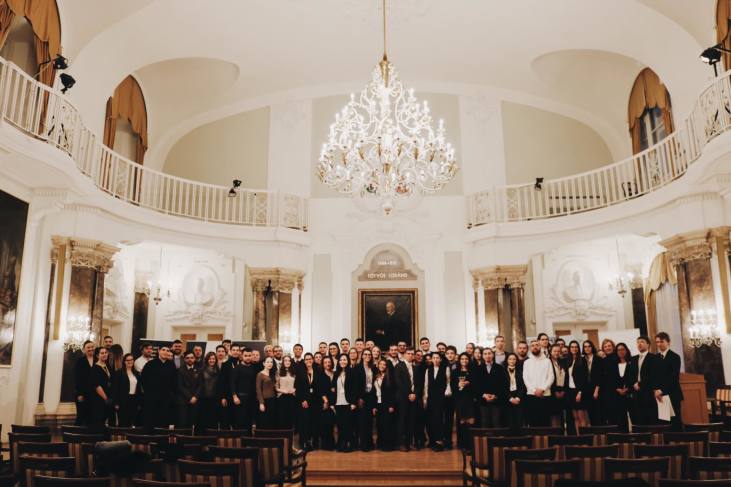 Final results of the Regional Round:

Prizes were presented by János Bóka, Secretary of State of the Ministry of Justice, who emphasised the importance of moot courts for the law students of the region in his lauded speech.

The International Finals for the best 32 teams will be organised by the University of Oxford, from March 30 – April 3, 2020.