ELTE Law Students among the Best in the world 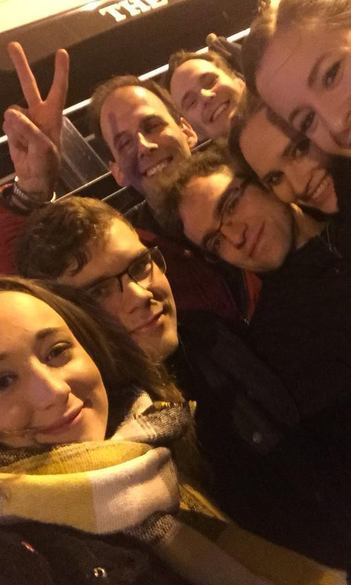 Their applicant memorial was ranked fifth place in absolute rankings, and their respondent memorial was ranked second place. The team won 20th place in final team rankings, getting again among the top 32 advancing teams (Advanced Rounds Team Award). For her outstanding performance as the best non-native oralist with the best memorials, considering also the results of written pleadings,

Barbara Bazánth was awarded an American scholarship to the International Law Institute.

Holding this award, Barbara can return to the United States as a student in summer 2018.

Based on a 25-page-long legal case, teams prepare pleadings arguing both the applicant and respondent positions. Students write their 60–70-page memorials in English between September and mid-January. In the oral rounds, the parties – knowing each other’s written memorials – present their 45-minute oral pleadings before a penal of three judges in English. The pleadings typically turn into conversations or sometimes polite arguments with the judges, where, besides the full knowledge of the law, successful performance requires extraordinary rhetoric skills, fast reactions, as well as a high level of knowledge of legal culture.

For ten years, the Jessup teams of ELTE Faculty of Law have been prepared by Gábor Kajtár senior lecturer, teacher of the Department of International Law. In this year’s championship his work was assisted by Máté Csernus trainee solicitor.