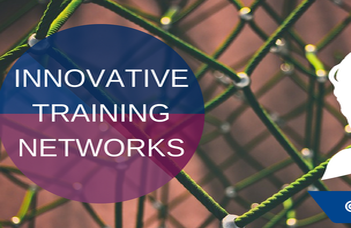 The MTA-ELTE Research Group of Peptide Chemistry at the ELTE Department of Organic Chemistry achieved an enormous success. As members of international consortia, Kata Horváti and Gábor Mező won funding for two projects from the highly competitive Innovative Training Networks (ITN) programme under Marie Skłodowska-Curie Actions (MSCA). Their research will be focused on targeted therapy of cancer and the development of vaccines against chronic diseases, respectively.

The two main fields of research of the group are the design, development, and study of peptide-drug conjugates applied in the targeted treatment of tumour cells, as well as the synthesis and study of novel peptide-based compounds used in the prevention, treatment, and detection of bacterial infections. In recent years, they have developed close international collaborations with European universities, research institutes, and pharmaceutical companies in both areas. These co-operations formed the basis of the consortia that applied for funding with success.

In the field of targeted therapy of cancer, this is the second project led by Gábor Mező to receive funding from the Horizon 2020 MSCA-ITN programme. The former grant was obtained by the research group in 2015, in collaboration with German, Italian, and Finnish universities, research institutes, and healthcare institutions. In addition to the ELTE research group, the National Institute of Oncology represented Hungary in the project. The project also involved

The consortium fulfilled its undertakings with spectacular success, and this effectiveness was emphasised by the EU inspectors in their report. The leader of one of the sub-projects was Gábor Mező, a research professor holding a Győző Bruckner award, who also received the Zemplén Géza Grand Prize last year. Within the framework of the project, he was the doctoral supervisor of two PhD candidates, Sabine Schuster (Germany) and Andrea Angelo Pierluigi Tripodi (Italy). The two young researchers pursued their PhD studies at the ELTE Hevesy György Doctoral School of Chemistry. Apart from prestigious publications, the result of their outstanding and tireless work is demonstrated by the fact that Sabine Schuster won the second prize of the Young Investigator competition at the European Peptide Symposium, the largest meeting of peptide chemists. The PhD students received substantial help from all members of the research group. The factors above contributed to that the project titled MAGIC BULLET Reload, expanded with new members of the consortium, including a group from the ETH Zurich, received funding with an assessment result of 96.6% for the continuation of their investigations in this area.

A new consortium has been formed under the name of BactiVax (Anti-Bacterial Innovative Vaccine Training Network), which primarily aims at developing vaccines for the prevention and treatment of chronic diseases caused by resistant bacteria. The research project also has Hungarian members: the MTA-ELTE Peptide Chemistry Research Group supervised by Kata Horváti, and the CycloLab Cyclodextrin Research and Development Laboratory Ltd. supervised by István Puskás. The consortium

from outstanding European universities and research institutes, such as the Imperial College (London), EPFL (Lausanne), Ludwig Maximillian University (Munich), Queen’s University (Belfast), University College Dublin, and St George's, University of London. Among others, the Pfizer and Atlas Molecular Pharma companies joined the consortium. They offer PhD candidates the possibility to gain experience in an industrial environment during their training. This research project is a great opportunity for Kata Horváti, who received the Academic Youth Prize in 2017, as it has a partnership with leading research teams in the area.

Zsuzsa Baranyai, a member of the MTA-ELTE Peptide Chemistry Research Group, who obtained her PhD degree under the supervision of Szilvia Bősze last year, won a Horizon 2020 Marie-Skłodowska Curie Actions Individual Fellowship (MSCA-IF). The two-year fellowship will be carried out at the Spanish National Research Council (CSIC) in Zaragoza, Spain.

The Marie Skłodowska Curie Innovative Training Network (MSCA ITN) programme funds the training of young researchers enrolled in doctoral programmes, according to research plans devised by an international consortium of universities, research institutions, and businesses. The entire international programme is characterised by interdisciplinarity, mobility, and intersectorality. The project board must include businesses as consortium or associate members, so that students can work in an environment where they will experience the importance of intersectoral relations and the industrial implementation of basic research results.