ELTE will have a 9th faculty from August 2021

Congratulations for becoming a faculty 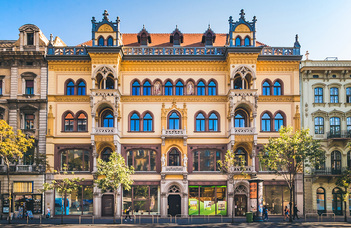 On 31 May, ELTE's Senate approved that the Institute of Business Economics (founded in 2017) should be transformed to the Faculty of Economics from 1 August 2021.

ELTE made a history in the Hungarian higher education with the establishment and development of the economic science field. As a further significant development in the university's 386-year-old histroy, ELTE's Senate and the 8 faculties of the university made a unanimous decision on the transformation of the Institute of Business Economics to the Faculty of Economics.

Five years ago, only 1% of ELTE students studied economics. Since then, this rate has changed for 15%. During a short period of time, ELTE has become one of the No1 workshops of the economic training field in Hungary. The Doctoral School of Business and Management Administration has also been founded, and ahead of two significant Hungarian universities, the number of MSc students is the highest in the Institute of Business Economics. The performance and results of its BSc students are also among the bests in the country.

The Institute of Business Economics has already been considered as a faculty among the Hungarian universities, and with the forthcoming transformation, it will become one of the ten biggest faculties in the country, as well as the biggest centre of the MSc studies.

Although the first faculty of economics was founded at the predecessor of ELTE in 1920, it was integrated later to the Budapest University of Technology and Economics in 1934, then it became independent in 1948. ELTE has managed to rebuild the economic education during the past 4 years: the Senate approved the university's development plan for the economic education and research on 29 May 2017, then the Institute of Business Economics was founded under Rectoral management.