From Pannonia to Italy 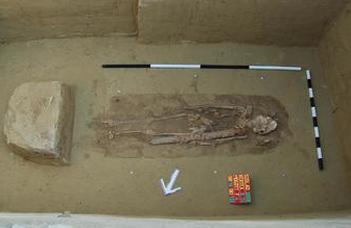 István Koncz, Balázs Gusztáv Mende and Tivadar Vida, researchers of the Institute of Archaeological Sciences of the Faculty of Humanities, Eötvös Loránd University and the Institute of Archaeology of the Research Centre for the Humanities, Hungarian Academy of Sciences (RCH HAS) participated in genetic research, headed by Professor Patrick J. Geary. They reported about their research results in Nature Communications on 11 September 2018.

The goal of the complex paleogenomic, archaeological and historical investigations was to gain a better understanding of the socio-cultural and ethnic transformations, as well as the organization of migrating and settling peoples in the Late Antiquity and Early Middle Ages. The genetic tests and their bioinformatic analyses were done by researchers at the University of Florence, the Max Planck Institute for the Science of Human History in Jena, and the Stony Brook University in New York. In Hungary, the samples were taken at the Laboratory of Archaeogenetics at the Institute of Archaeology RCH HAS. Twenty-seven researchers from thirteen institutions contributed to writing the study.

The project represents a new approach in Archaeogenetics. Within the framework of these investigations, large-scale historical narratives (transformations in the territory of the former Roman Empire) were explored, and

it was the first time that full communities had been studied.

The aim of the project was to explore the last phase of the migration of the Germanic Longobards from the region of the Elbe River to Italy known from written sources. It took place in the second half of the sixth century when they moved from Transdanubia to Northern Italy. The cemetery at Szólád (located in present-day Somogy County, Hungary) comprising forty-five graves dated before the Longobards left for Italy is the first site where the analysis of samples taken from the entire cemetery could reveal the role of kinship relations within the life of a Migration Period community.

Several family groups could be distinguished within the Szólád cemetery. In one “fortunate” case, for example, three generations of male individuals belonging to the same kindred could be identified. The results suggest that the Longobards also married outside their community, presumably to individuals from the local population.

The previous scientific – isotope and mitochondrial DNA-based archaeogenetic – analyses of the site carried out with the aim of understanding the migration processes and lifestyle have been complemented with new types of genetic investigations focusing on the high-resolution analysis of the hereditary material found in the nucleus of cells. The other cemetery investigated during the project is located in the territory of the North-Italian town of Collegno (Piedmont), where burials dated to the first two generations following the Longobard conquest were studied.

Although there is no direct biological link between the two cemeteries, their basic genetic structures are very similar: it was possible to the separate two groups with different biological backgrounds, which are also very distinct in terms of their archaeological material and funerary customs. Based on the results it can be concluded that

which corresponds to the general picture gained from written sources and archaeological data, namely, that the Longobard population migrated from Pannonia to Italy, as it has already been known from historical records.

The research project continues with the investigation of interactions between local and immigrant groups using datasets from further fifth- and sixth-century cemeteries. As part of this project, Hungarian researchers are about to study further communities.