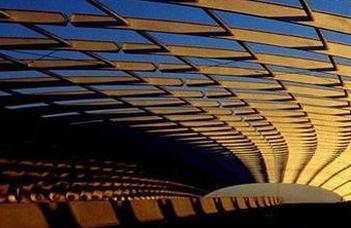 Two research project proposals submitted by the Eötvös Loránd University for the second call for applications by CELSA – a strategic alliance initiated by the Catholic University of Leuven in collaboration with the top Central European universities – have been selected for funding recently.

The Central Europe Leuven Strategic Alliance (CELSA), established at the initiative of the Catholic University of Leuven (Katholieke Universiteit Leuven) in Prague in May 2016, promotes collaboration between partner universities in joint research projects. The long-term objective of the program is to promote that the financed projects would later submit successful applications to other pan-European research and innovation funds, such as Horizon 2020. One of the conditions listed in the annual calls for proposals launched by the CELSA Research Fund is that the applicant consortium has to consist of at least two researchers from different partner institutions of the alliance, one of whom must be a KU Leuven researcher.

The Eötvös Loránd University has also joined the alliance; the strategic cooperation agreement was signed by Barna Mezey, the previous rector of ELTE. At the time of its establishment, CELSA intended to launch and support approximately thirty collaborative projects within a period of three years. From these, ten projects could be started last year, including two ELTE projects led by Tibor Jordán mathematician and Ádám Miklósi ethologist.

Upon recommendation of the International Evaluation Committee – involving, among others, Ferenc Hudecz university professor at the Institute of Chemistry of the Department of Natural Science, ELTE – the governing board of CELSA selected twelve research projects for funding by the consortium. With its two winning project proposals, ELTE is again among those institutes that received funding.

Gábor Sonkoly professor, head of the Atelier Department at the Faculty of Humantities of ELTE runs a comparative historical project together with his co-investigator, Tom Verschaffel, cultural historian at the KU Leuven. The aim of their project titled Historical Canons and Canonization in Belgium and Hungary: a comparative analysis with a European perspective from the late 18th century to the early 21st century (COMPAIR) is to provide an overview of the history of canonization in Belgium and Hungary from the end of the eighteenth century to the present day.

Orsolya Réthelyi associate professor, head of the Department of Dutch Studies at the Faculty of Arts of ELTE leads a project titled Challenging the European Monoculture: Towards a Policy on the Diversification of the European Literary Field, focusing on the challenges of those European cultures where readers predominantly read literature written on their native language. The co-investigator of the project is Elke Brems, researcher of the Centre for Translation Studies at the KU Leuven.

The list of the selected projects is available via this link.