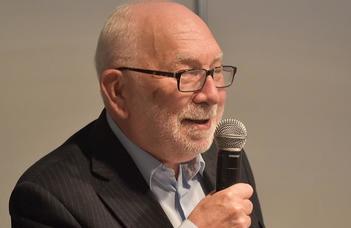 János Kelemen, academician and professor emeritus at the Institute of Philosophy, Faculty of Humanities of the Eötvös Loránd University, has won the Galileo Galilei Award for his research results in the field of the history of ideas in Italy.

János Kelemen is a Hungarian philosopher, historian of philosophy, Italianist, and university professor holding the Széchenyi Prize. He is also a full member of the Hungarian Academy of Sciences. He was born in Kassa (Košice, Slovakia) in 1943. He started his university studies at the József Attila University, from where he graduated as a secondary school teacher of Italian and Russian in 1966. He earned his degree in Philosophy at the Eötvös Loránd University in 1969.

The professor emeritus receives the award at the University of Pisa on 6 October 2018.