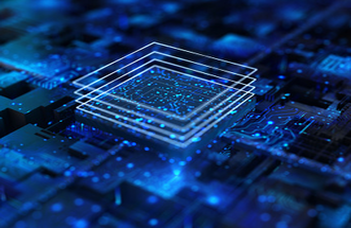 HU
The physicists of Eötvös Loránd University and Eötvös Loránd Research Network are capable of running quantum programmes with a record low number of quantum logic operations using a self-developed algorithm and related translation software, thus significantly reducing the noise level generated during the calculations. Their results contribute to the more efficient use of the resources of quantum processors and the further development of quantum algorithms.

Industry and science have repeatedly found themselves faced with tasks of such complexity that can no longer be solved with the resources of classical informatics sufficiently enough. With the advent of quantum computers, these mathematical problems can be seen from a new perspective. Researchers have developed algorithms based on quantum principles to solve them. Technologies utilizing quantum mechanical resources may become applicable in many fields of industry, including pharmaceuticals production, materials design, process optimization, cryptography, and portfolio optimization.

At the same time, today’s quantum computers are advanced enough to play a role in solving the mathematical problems in question. Since quantum properties such as superposition or entanglement are very fragile and their maintenance represents serious experimental challenges, the operation of quantum computers is still characterized by significant noise levels these days. The most possible efficient use of the resources of quantum processors is also among the currently actively researched areas. Physicists working at the ELTE Faculty of Science and the Wigner Research Centre for Physics have recently achieved outstanding results in the latter field.

are able to run quantum programmes with fewer quantum logic operations than with any previously published method.

Péter Rakyta, an assistant professor at the ELTE Institute of Physics, said that “by reducing the number of logic gates, we can significantly decrease the noise level of the results obtained from quantum processors. This is also clearly indicated by the preliminary test results of the university students taking part in our research.” The essence of the method lies in compressing the quantum circuits implemented on quantum processors during adaptive machine learning iterations, reducing the number of logical operations in the quantum circuits per iteration.

Zoltán Zimborás, a research fellow at the Wigner Research Centre for Physics, emphasized that there is a constant interest in the software package published on the GitHub code share website. The noise reduction method developed by Hungarian experts –

and published in the international journal Quantum – can play a significant role in the work of researchers engaged in the development of quantum algorithms.

The quantum processor recently installed at the ELTE Faculty of Science is used by the experts of the university in several research projects that can offer new, revolutionary opportunities for society and the economy, alike. The processor arrived at the university in April 2022.

The Quantum Information National Laboratory brings together internationally renowned Hungarian research groups and human resources (physicists, engineers, mathematicians, and computer scientists) in order to achieve new results in the theoretical and applied fields of quantum technology research. Gábor Vattay, full university professor, and Tamás Kozsik, associate professor, both affiliated with ELTE and engaged in the work of the Quantum Information National Laboratory, have recently spoken about the use of the high-tech equipment in research and education in the Science Podcast of the ELTE Faculty of Science.