The recently elected members of the HAS 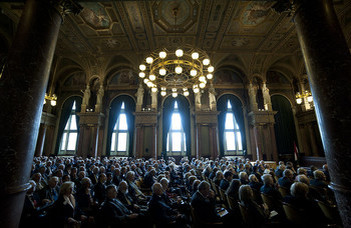 The Academicians’ Assembly elected new full, corresponding, external, and honorary members to the Hungarian Academy of Sciences at a closed session on May 7. Four professors of our university became full members, and another four professors became corresponding members.

The Hungarian Academy of Sciences (MTA) elects its full, corresponding, external, and honorary members every three years. The last election was held in May 2016. At the current election of academicians, originally 193 Hungarian and foreign scholars were nominated as new members. At the beginning of this year, each scientific section held a meeting for nominating members, which was attended by domestic academicians with the right to vote, as well as external and honorary members with the right of consultation. At the meetings of the sections, decision was made about the nominated members by secret ballot, by a simple majority (i.e. considering over 50% “yes” votes). Nominees acquiring more than half of the votes cast in their scientific sections were put on the Academy’s aggregate list of nominees. The number of elective new members and their distribution between the scientific sections was determined by the Presidium of the Hungarian Academy of Sciences in March. 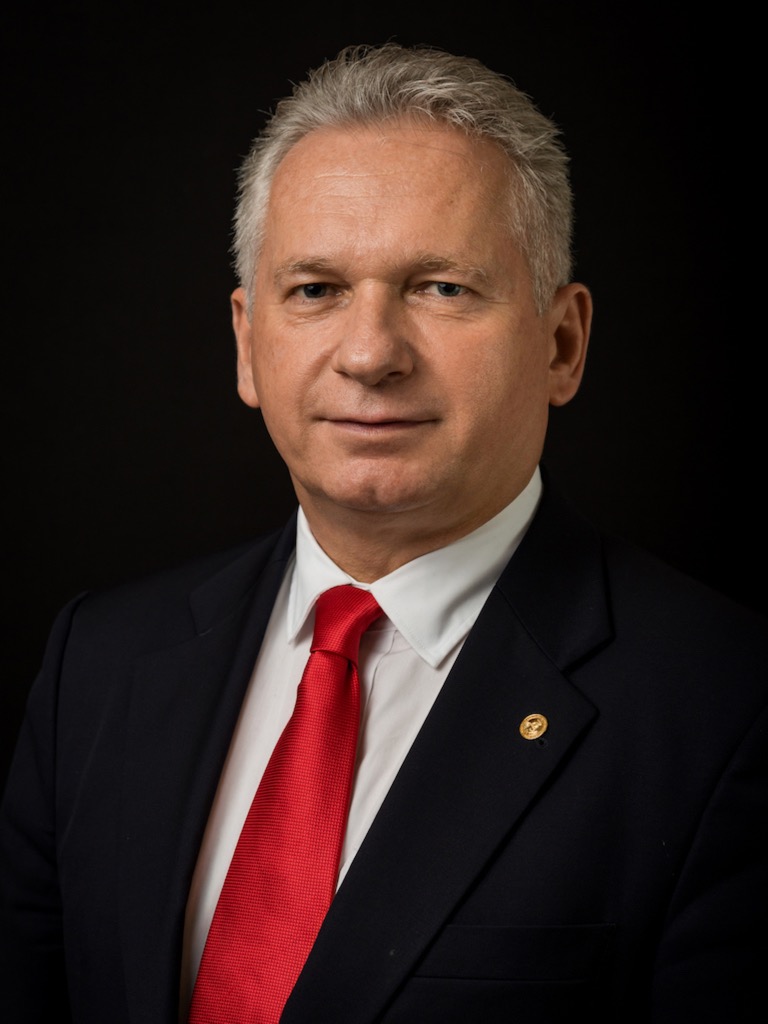 László Borhy specializes in the archaeology of Roman provinces, the history and archaeology of Pannonia, Roman military history, history of Roman weapons, Roman wall painting, and Latin epigraphy. His work is mainly related to the archaeological excavations of ancient Brigetio (today: Komárom / Szőny), which were started by him. His findings have been presented at 37 conferences, and published in 8 books and in 27 articles since 2013. His book titled Die Römer in Ungarn (Darmstadt, 2014) is one of his most outstanding works (published in Hungarian together with academician Miklós Szabó in 2015). His work method involves putting local history unfolding from inscriptional sources and archaeological finds published by him into the context of Pannonia and the Roman Empire. He is head of a research group supported by MTA. He became the Dean of ELTE Faculty of Humanities in 2015, and the Rector of ELTE in 2017. Since 2018, he has been the Co-chair of the Hungarian Rector’s Conference and CELSA President. In 2014, the city of Komárom bestowed him honorary citizenship for his scientific work at Brigetio. 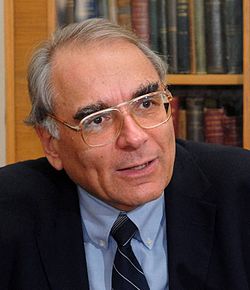 Tibor Frank has been a corresponding member of MTA since 2013. His areas of research are Modern and Contemporary History and American Studies. He is a prolific researcher. His studies on British and American history have recently been published in two large volumes. He co-authored a textbook on American history. His new book is titled Az orosz birodalom születései [The Births of the Russian Empire]. He significantly contributed to the comprehensive knowledge of Hungary’s external relations in the nineteenth and twentieth centuries, and the multi-tiered path of Hungarians who were forced into emigration. During the six years of his corresponding membership alone, the number of his publications grew by 60, and the number of independent references to his works increased by 600. He is an active university reformer, whose responsible work was recognized by ELTE with the highest distinction in 2017. He is in charge of book publications at MTA Section (II) of Philosophy and Historical Sciences. He is head of the MTA Committee on History, and chairman of the editorial board of the prominent journal Századok. 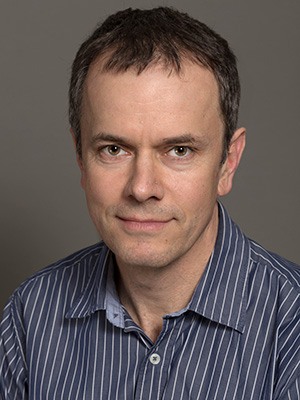 József Pálfy has been a corresponding member of MTA since 2013. His specializations are palaeontology and geology, as well as the history of Earth and life at the intersection of these disciplines. His major achievements are related to research into the Mesozoic Era of Earth’s history. He analysed the chain of events leading to the Late Triassic and Early Jurassic mass extinctions by carrying out integrated stratigraphic, palaeontological, and geochemical investigations of domestic and foreign sections. In both cases, he was able to prove the disturbance of the carbon cycle, the changes of climate and environment reflected in the geochemical changes, as well as the impact of these on the diversity history of various groups of fossils. Since his becoming a corresponding member, he has published 16 internationally recognised articles, mainly in collaboration with his students. His citations have increased by more than 1.5 times, and 1920 independent references have been made to his works.

István Vásáry has been engaged in intensive scholarly work since 2013, as it is shown by his nearly forty publications. Half of these have been published in foreign languages in prestigious foreign journals, volumes, and major international encyclopaedias. One of the central topics of his investigations is the study of the historical role and linguistic relations of the Golden Horde – a state established by the Mongols and led by the Turks – and its successor states. He paid great attention to the early history of the Hungarians, and their Turkish relations. He analysed the oeuvre of Hungarian orientalists in several studies. 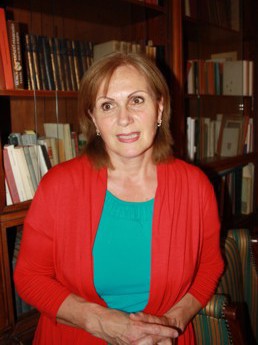 Enikő Bollobás specializes in modern philology and literary history. Since the 1980s, she has represented herself in literary studies with consistently high achievement and numerous outstanding books. Her new findings published in evaluating studies have contributed to the poetological interpretation of modernity and the genre of literary history monographs in her two main fields of his research (i.e. modern philology and literary history). Her philological research is focused on the history of modern American poetry, in particular on the relationship between the linguistic functioning of the literary work as well as the metric and grammatical behaviour of prosody that can be rarely observed in foreign languages. She published an independent book on one of the most prominent authors of the era closing modernity. Her interpretations of lyric poetry are grounded in the examination of interrelations of speech act, semantic performativity, and subject structures. Her works on literary history functionally integrate theoretical, poetic, and rhetorical features, whereas her poetological studies are connected by reasoning about poetry history. Her major handbook titled Az amerikai irodalom történetéről [On the history of American literature] published in 2005 is regarded as an outstanding synthesising work of modern Hungarian philology. Furthermore, she contributed significant publications in the fields of the cultural context of modernity, Judaism, women’s studies, and gender criticism.

István Csabai has been Doctor of MTA since 2008. He is full professor at the Department of Physics of Complex Systems, ELTE Faculty of Sciences. His narrower fields of research comprise the large-scale cosmological structure in the universe, as well as the statistical and physical characterization of big data systems. The photometric redshift estimation developed with his participation in 1995 and improved by his research team is now a standard procedure in modern astronomy. He proposed a dynamic interpretation of the origin of the “dark energy” component of the universe. He created the geometrical indexing of multi-dimensional parameter spaces for the database of the Sloan Digital Sky Survey that made the first 3-dimensional map of the universe. He has carried out important research in a field of research recently called “data science.” He was the first to recognize that the internet network can be modelled as a complex physical system. He takes a leading role in European and Hungarian research development projects related to the data analysis of the internet and medical cancer research. He received Széchenyi Professor Fellowship (2000), Detre Award of the Eötvös Loránd Physical Society (2006), and Academy Prize (2015). He is a founder member of the International Virtual Observatory. He was a leading teacher at the ELTE Bolyai College. He was the thesis supervisor of ten master’s students and six PhD candidates. He is Vice-President of the Doctoral Committee of the MTA Section (XI) of Physical Sciences.

Szabolcs Harangi has been Doctor of MTA since 2004. His narrower fields of research comprise igneous petrology, geochemistry, and volcanology. He is an internationally renowned, school founding, prominent figure of these fields. He studies the causes of volcanic activity from the circumstances of magma formation through magma chamber processes to volcanic eruptions. He investigates volcanic processes at depth before volcanic eruptions using a novel approach, an integrated petrogenetic analysis based on mineral structure and geochemical data, creating thus a new model for volcanic activity in the area. With his colleagues, he was the first to determine the time of the eruptions of the Csomád Volcano and the length of its dormant periods. They reconstructed the process of reactivation of the magma body before the eruption, and demonstrated that there still might be a magma reservoir containing melt under the volcano. His complex, multi-disciplinary investigations have projected a new image of the nature of long-dormant and seemingly inactive volcanoes. He has published his results in high-ranking journals of the discipline, and received over 1,200 independent references to his works. He introduced the modern theory of volcanology into geologist education. He founded a school of volcanology. In 2013, he was presented with a Master Teacher Award for his activities in talent management. His book titled Vulkánok [Volcanoes] was published in 2011, and its second, extended edition came out in 2015. He pays great attention to the popularization of science. He authored several educational articles, and holds interactive volcano demonstrations on a regular basis. For his latter activity, he was given a Lóczy Memorial Plaque Award by the Hungarian Geological Society with in 2017. Based on his idea and feasibility plan, the Kemenes Volcano Park was opened in 2013. 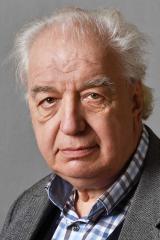 Sándor Radnóti has a lasting legacy in the field of philosophy of art. In the 1970s, he wrote a book about Benjamin, and about the relationship between mysticism and lyric poetry. Afterwards, he reconstructed the art philosophy of numerous prominent twentieth-century art historians in the framework of a major project. The Hungarian publication of these authors’ oeuvre, including the most extensive Hungarian collection of Benjamin’s works, is connected to his name. He summarized the results of his research on theories of style in independent studies, and in a major anthology published in German in 1990. His philosophical monograph on artistic fakes – published in Hungarian in 1995, and in English in 1999 – became an important point of reference of this topic. Subsequently, he was engaged in the theory of art criticism and museum philosophy. In the second half of the decade following the turn of the millennium, he wrote a book about Winckelmann and the birth of the modern concept of art. He has published fifteen books so far. He has edited and selected many philosophical works. His activity as a literary critic is also important. As a professor at ELTE, he has set up and leads the doctoral school of aesthetics at the university. He was the editor of Holmi, the most significant literary, critical, and theoretical journal of the period following the regime change, which has ceased publication.