A science communication tool has been made for researchers 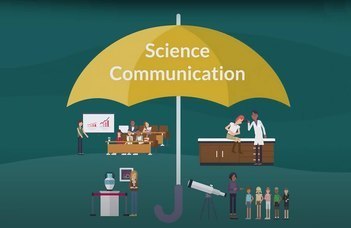 HU
As a result of international cooperation, gap-filling training modules have been created. This is SciComm4all, a set of freely accessible animated videos offering tips and presenting good practices for effective knowledge dissemination. Máté Varga, associate professor at the ELTE Institute of Biology, was among the creators.

SciComm4all is meant to be used as a ‘manual’. The modules have been developed specifically for scientists who have doubts concerning how to communicate about their research topics. The training material consists of eleven animated video modules, each lasting approximately three minutes. The modules were made by researchers experienced in science communication.

“It is vitally important for scientists to inform the public about their research activities. It matters considerably how they present their results when they wish to convince political decision-makers and potential funders about the significance of their work, and also when they try to present new discoveries to a wider public. Additionally, a lot depends on the way of presentation when they meet a prejudiced community with whom they try to engage in communication and convince them, if possible.

General communication skills and personal motivation are not enough for success

you also need to be aware of the basic principles of science communication, and some of the ‘tricks of the trade’ may also come in handy,” says Máté Varga, associate professor at the ELTE Department of Genetics.

Each module presents researchers in typical situations, highlighting which approaches are ineffective and which are effective in communicating results. Each module has additional resources and a self-assessment tool to help scientists acquire new concepts. They can learn how to distinguish between different target audiences and interact with them; how to replace jargon used in the laboratory with everyday equivalents; how to maintain a balance between simplification and scientific accuracy; how to remain authentic, yet effectively convey their message; how to use facts and emotions skilfully; how to tackle controversial issues and the uncertainties in science; how to prepare for an interview, and finally, how to define and present the gist of their speech.

The videos are available for free at www.scicomm4all.org. The animated films are in English, but subtitles are also available for them in fourteen languages (Albanian, Croatian, Czech, Dutch, French, German, Greek, Hebrew, Italian, Lithuanian, Portuguese, Serbian, Spanish, and Turkish) in addition to Hungarian,