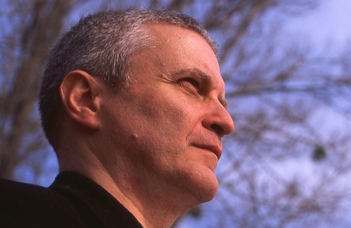 On 24 November (Wednesday), at 6:00 PM CET, Miklós Lojkó holds the fifth lecture in the popular-scientific lecture series “What’s new in science” within the ELTE Alumni Academy. The lecture will be held in English.

The lecture series is organized by the International Alumni Chapter as part of the ELTE Alumni Academy. These are popular-scientific lectures, i.e., they are meant not only for the practitioners of the specific professional field, but also all citizens and international alumni of ELTE.

The first four lectures displayed the effects of the COVID-19 epidemic on education and learning. The next four lectures will focus on the annual theme of the CENTRAL Network: "Central-Europe: what unites and divides us?" The title of the upcoming lecture is "Empire, Nation and Nationalism in Danubian Central Europe, 1905-1925". The session is going to be held by Miklós Lojkó, Habil. Associate Professor at the Faculty of Humanities of ELTE.

The social, economic, and mental transformation of the Austro-Hungarian (Habsburg) Monarchy accelerated from the mid-1900s, rendering the settlement (Compromise) of 1867 between the Kingdom of Hungary and the Habsburg Imperial Crown increasingly difficult to maintain. This is amply illustrated by the “Great Defense Debate” and Army/nationality crisis in Hungarian parliamentary and popular politics from 1889 to 1912, where the contentious issues remained unresolved as war broke out in 1914. The lecture explains how World War I accelerated the centrifugal ethnic forces that eventually led to the disintegration of the large multi-ethnic empire. The second part of the presentation examines the first half decade of the new Central European system of small successor states.

Miklós Lojkó graduated with dual degrees in English and History at Eötvös Loránd University in 1987. The combination of these two broad fields of scholarship has dominated his professional career ever since. The Professor has been teaching British and American history at ELTE since 1989 with extended periods of leave for the duration of further studies and research. He spent most of the 1990s with postgraduate research at the universities of Oxford, London, and Cambridge. He was awarded a PhD in History at Cambridge University in 2001. Miklós Lojkó has been associate professor at the School of English and American Studies at Eötvös Loránd University since his habilitation at ELTE in 2011. One of his main fields of research and scholarly interest focuses on the diverse relationships and interactions between the United Kingdom and the United States on the one hand and the nations of the Central European region on the other hand, especially during the interwar years.