QS Rankings: ELTE is at the top in ten subject areas in Hungary 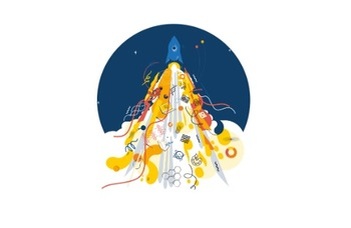 HU
Our university is ranked among the 150 top higher education institutions in linguistics according to the Quacquarelli Symonds World University Rankings by Subject 2022.

The Quacquarelli Symonds (QS) World University Rankings by Subject 2022 has been published. ELTE is ranked among the best universities in the world in three of the five broad subject areas assessed in the QS Rankings: it is the 287th in natural sciences, the 351st in arts and humanities, and the 383rd in social sciences, considerably moving up in all three disciplines since last year. In Hungary, Eötvös Loránd University is at the top in the areas of natural sciences and humanities, and it is in second place in social sciences.

ELTE is present in 13 disciplines from a total of 51 subjects comprised by the narrow subject rankings, which means three more subjects compared to last year’s results. ELTE is represented by two new subjects in the rankings. In 10 out of the 13 subjects (archaeology, English language and literature, linguistics, modern languages, biological sciences, psychology, mathematics, physics and astronomy, education sciences, and law) ELTE is the first, in two subjects (informatics and chemistry) it is the second, and in one category (agriculture and forestry), it is the third among Hungarian universities. The results achieved by our institution are only lower in the field of biological sciences compared to last year. We have maintained our position in archaeology, forestry and agriculture, and chemistry. Additionally, ELTE has moved up in the subject areas of linguistics, informatics, psychology, mathematics, physics and astronomy, and law. The biggest leap can be observed in the field of IT training, where the institution has risen by two categories.

* From the research areas of Eötvös Loránd University, further disciplines such as zoology, ecology, and food science also belong here.

Five components are used to rank universities in the QS World University Rankings by Subject. The first two are based on QS's global surveys, which reflect the reputation and recognition of the institutions in the individual subject areas among academics and employers around the world. The third factor measures citations per scientific paper, and the fourth is the so-called Hirsch index, which was incorporated into the QS rankings in 2013. The fifth indicator, the IRN (International Research Network), reflects the institution’s efficiency in establishing international research partnerships. The QS World University Rankings by Subject applies a different weighting of the above indicators in each subject. Furthermore, the IRN is only used to evaluate the five broad subject areas. Click here for more information on the methodology of the assessment in English.

The detailed results of the QS World University Rankings by Subject for 2022 can be browsed on this site. Additionally, in our summary, you can read in Hungarian about what position ELTE has in the major rankings of higher education institutions.