Relations in East-Central Europe: Historical and Current Concord and Rivalry 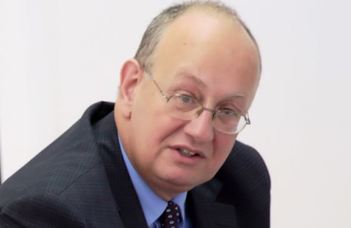 On 27 June (Monday), at 6:00 PM CET, Pál Dunay holds the upcoming lecture in the popular-scientific lecture series “What’s new in science” within the ELTE Alumni Academy. The lecture will be held in English.

The series of popular-scientific lectures is organized by the International Alumni Chapter as part of the ELTE Alumni Academy. The current series focuses on the current theme of the CENTRAL Network: “Central-Europe: what unites and divides us?” The upcoming lecture is going to be held by Dr. Pál Dunay, Habil. Associate Professor at the Faculty of Social Sciences of ELTE.

Political geography is changeable. States in each other’s vicinity may have changeable relations. This applies to East-Central Europe that has been characterized by the coexistence of small nation-states since the end of empires in the end of World War 1. The area, once called Europe-in-Between (Zwischeneuropa) by the first president of Czechoslovakia Thomas Masaryk, was under the influence of various great powers in the last more than a century. This requires innovative positioning in the international system, including intra-regional relations among the states. It is necessary to address the evolution of international relations in East-Central Europe with an emphasis on the countries named as members of the Visegrád group.

Pál Dunay’s professional career has been closely linked with Loránd Eötvös University. He studied law and political science at the Faculty of Law between 1977 and 1982 and got his LL.M. in the end of his studies. He stayed on the Faculty of Law and was a junior researcher and later assistant professor at the International Law Department between 1982 and 1996. In the meantime, he got a dr universitatis degree in international law in 1991, a decade later, he defended his PhD at the Budapest University of Economics (now Corvinus University) and got his habilitation in 2016 in Sociology at the ELTE’s Faculty of Social Sciences where he has been teaching as an associate professor (earlier assistant professor) at the Institute of Political and International Studies since 2008. . Since 1996, Pal Dunay has been living and working outside Hungary. He worked for 15 years at the Geneva Centre for Security Policy (1996-2004, 2007-2014), for two and a half at the Stockholm International Peace Research Institute (SIPRI) between July 2004 and February 2007, was Director of the OSCE Academy in Bishkek between 2014 and 2016 and has been working at the George C. Marshall European Center for Security Studies since.