Social Integration in the Visegrád Countries 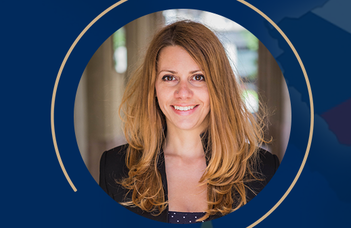 On 26 January (Wednesday), at 5:00 PM CET, Sára Hungler holds the sixth lecture in the popular-scientific lecture series “What’s new in science” within the ELTE Alumni Academy. The lecture will be held in English.

The lecture series is organized by the International Alumni Chapter as part of the ELTE Alumni Academy. These are popular-scientific lectures, i.e., they are meant not only for the practitioners of the specific professional field, but also all citizens and international alumni of ELTE.

The first four lectures displayed the effects of the COVID-19 epidemic on education and learning. The four lectures of the second series focus on the current theme of the CENTRAL Network: “Central-Europe: what unites and divides us?” The title of the upcoming lecture is “Social Integration in the Visegrád Countries”. The session is going to be held by Dr. Sára Hungler, Assistant Professor at the Faculty of Law of ELTE.

The European Pillar of Social Rights proposed principles and legislative initiatives in the social domain aiming for better-performing economies and more equitable societies. However, this initiative reveals the inherent problem of social integration that these regulatory areas have been exposed to domestic models and their respective diversity which followed from the different needs emerging at a national level. It is argued in political economy theory that the Visegrád countries belong to the same cluster, therefore it is presumed that they encounter similar problems during social integration. However, when we test this presumption with a functional comparative legal method, it is revealed that these four countries are less united form a social law point of view. This regulatory diversity may increase adaptation pressure, triggering competition between the Visegrád countries. This trend would ultimately lead to deregulation and to the lowering of social and employment protection level. This presentation demonstrates this theory through the examples of maternity and unemployment allowances and reveals the regulatory differences in the social domain.

Sára Hungler is an assistant professor at ELTE, Faculty of Law. She earned her PhD in 2015 at the doctoral school of ELTE. She is currently pursuing her postgraduate studies with a focus on social integration under the European Pillar of Social Rights in the Visegrád countries. She is a member of the scientific council of Cross Border Benefits Alliance Europe (CBBA-Europe) and the European Association of Paritarian Institutions (AIEP); she is also a member of the Hungarian Association of Labour Lawyers. Dr. Hungler has been actively participating in several international research groups. Since 2021, she has been a member of the Hungarian Academy of Young Scientists and serves as a member of the committee of researchers with young children.