The president of the Dutch Language Union visited ELTE 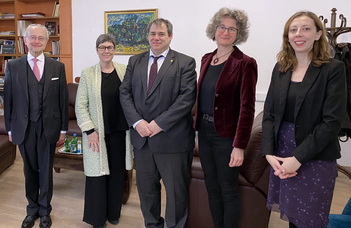 HU
According to Kris Van de Poel, the teaching and research activities undertaken by the Department of Netherlandic Studies are outstanding in the region of Central Europe.

Kris Van De Poel, President of the Dutch Language Union (Nederlandse Taalunie), visited ELTE, where he met Imre Hamar, Vice-Rector for International Affairs, and Orsolya Réthelyi, Vice-Dean for International Affairs at ELTE Faculty of Humanities, Head of the Department of Netherlandic Studies. Koen Haverbeke, a representative of the Government of Flanders was also present at the meeting. The Dutch Language Union develops and supports a policy related to language use and teaching in the Dutch-speaking parts of the world. As a result of its diverse international network, it is able to connect actors from a wide variety of fields to nurture the language.

Kris Van de Poel is Professor of Linguistics at the University of Antwerp, specialising in the language used in professional and academic fields. He was the director of the University Language Centre in Antwerp for seventeen years. He led a hundred international projects and authored numerous publications. He speaks Dutch, English, Danish, and German at a native level, as well as French, Swedish, and Afrikaans at an advanced level.

The discussion during the meeting covered education, research, projects, and the publications of researchers at ELTE Department of Netherlandic Studies. The parties discussed the Central European Summer University on Netherlandic Studies co-organised by ELTE and other joint future plans. The president of the language union observed a lesson, talked with faculty members at the department, the representative of students, and Dutch trainees from the University of Utrecht. Kris Van De Poel emphasised that ELTE is one of the most important partner institutions of the language union since the educational and research activities of the department in the field of Dutch language and culture are considered outstanding in the Central European region.

The president of the union had a discussion with Imre Hamar, Vice-Rector for International Affairs at ELTE, in company with Eszter Knyihár, Head of the ELTE International Strategy Office, about university co-operation between the Netherlands, Belgium, and Hungary. Finally, the foreign delegation, the vice-rector for international affairs, and the heads of the three departments of Netherlandic studies in Hungary (Eötvös Loránd University, Károli Gáspár University, University of Debrecen) were received at the Embassy of the Netherlands by Ambassador Desirée Bonis at a celebratory lunch. 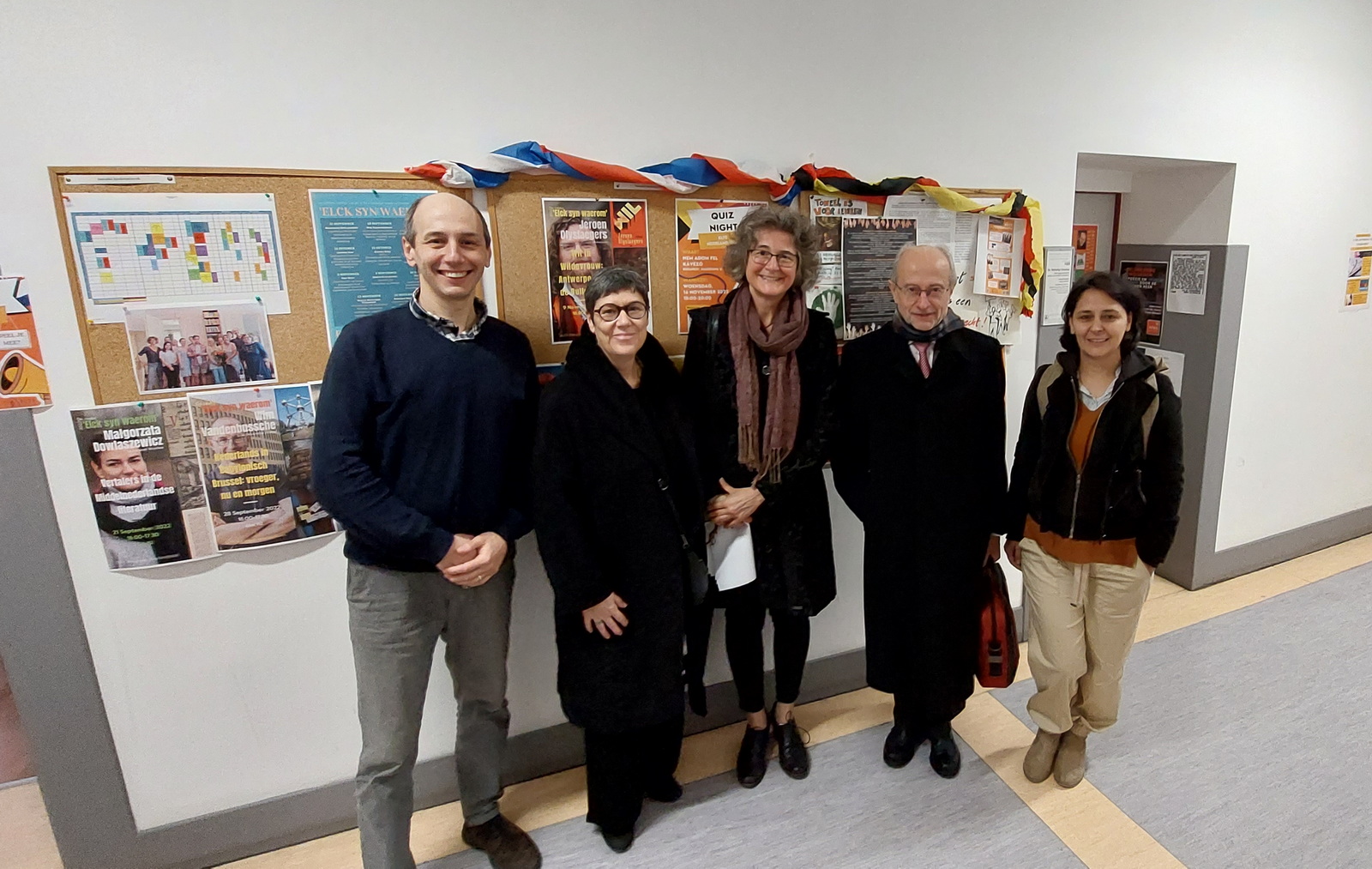 For almost fifty years, ELTE has been considered the centre of Netherlandic Studies in Hungary and prides itself on having the oldest Dutch courses among the Hungarian universities. In addition to language teaching, the curriculum covers Dutch and Flemish culture, history, and literature, as well as linguistics, art and media studies. Great emphasis is placed on the practice of translation: most of the language lessons are taught by native lecturers. In the context of the ERASMUS and CEEPUS scholarship programmes, as well as the language courses organised by the Dutch Language Union, students can test their knowledge in the Dutch and Flemish languages. Additionally, the department offers numerous professional and cultural programmes to build a student community. A total of 74 Dutch students are undertaking their studies at ELTE in the fall semester of 2022/2023, of whom, 37 are MA students, 31 are taking part in international programmes, and 6 are enrolled in doctoral and other programmes.