Among the best in the QS ranking 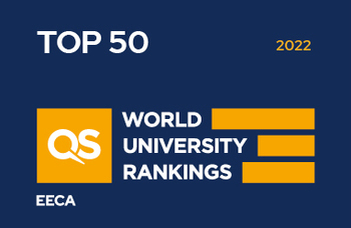 HU
Eötvös Loránd University has reached the 26. place on a list where universities from emerging countries were compared and with this result it belongs to the top 6%. It has kept its leading role amongst Hungarian universities.

Last year the ranking listed 400 higher education institutions, this year it was extended to 450. They examined 10 indicators which were weighted differently in the summarized results. Amongst the indicators were academic and employment reputation, the ratio of teachers and students and the number of publications and citation. They also took into consideration the ratio of teachers with a PhD, the web influence and the ratio of foreign teachers and students. More information on the methodology of the ranking is available here.

Higher education institutions from Russia and Turkey were listed the most in the regional QS ranking, the first place went to Lomonosov Moscow State University, second place to Charles University in Prague and third place to Saint Petersburg University. Detailed results are available at the website of the QS ranking, and more information on the position of ELTE in Hungarian and international rankings are detailed in this summary (Hungarian).