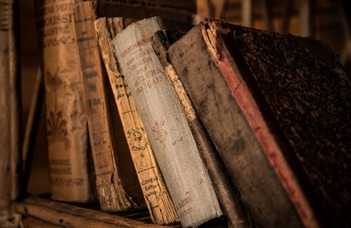 Challenges in the Study of Languages

The Faculty of Humanities at ELTE is considered to be the cradle of humanities education in Hungary. With over seventy languages studied and taught there, the faculty is one of the leading institutes in the world, in terms of the number of languages.

Linguists are employed in various language schools of our university where languages – both dead (ancient) and modern ones – are investigated and taught. These include almost every European language – including minority ones –, numerous Oriental languages, and languages of the Far East. Our linguists have established wide professional networks related to languages, cultures, and countries of their interest. Additionally, they significantly contribute to international organisations, research projects, and publications. Below, there is a brief summary which presents samples from a number of outstanding research projects, which often give birth to uniquely impressive results in both the national and the international research landscape.

In the field of English and American studies, linguists at ELTE work in close co-operation with the Research Institute for Linguistics of the Hungarian Academy of Sciences studying phonological variation and vowel harmony, with the University of Connecticut exploring deep parallels between sounds and sentence structures, and also with the Chinese Academy of Social Sciences researching the establishment of predication relations. A long-term research project to be funded by the European Union is currently under development. It focuses on the embedding of one sentence into another. Such a recursion is constrained in several different ways in the different languages of the world. The goal of this project is to break new ground in the understanding of restrictions on sentence embedding in human natural languages.

Linguistic research on Chinese language has two principal areas: the syntax of different varieties of Chinese and phonetic studies supporting the teaching of Chinese to Hungarians. Since 2014, a pair of new bilingual (Chinese-Hungarian and Hungarian-Chinese) dictionaries has been being compiled.

Faculty members of the Department of Mongolian and Inner Asian Studies are conducting fieldwork in Mongolia, Russia, and China with the aim of recording the current state of Mongolian dialects. Furthermore, they study language strategies and the problems of the ‘prestige language’ in a minority position. Our Mongolists also participated in the ‘Endangered languages’ project of SOAS (London) recording Mongolian dialects in China, and in the project of the Max Planck Institute (Jena) titled ‘Trans-Eurasian Linguistics’.

Linguists at the Institute of Germanic Studies have successfully carried out research related to German, Dutch, and Scandinavian languages. The research agenda of the institute in co-operation with scholars from Germany (Mannheim, Munich, and Heidelberg) and Austria (Vienna) focuses on system-linguistics, language variations, discourse analysis, as well as on the different aspects of socio-linguistics and cognitive-linguistics. A unique feature of the institute is its research aimed at the different variations of German as a minority language in Central and Eastern Europe.

At the Institute of Romance Studies, research into phraseology, phraseography, and lexicography with related dictionary compilation is of outstanding importance. In addition, the modern syntactic and generative linguistic investigations of the Italian language are also in its focus. Linguists at the Institute of Slavic Studies are engaged in the study of almost all Slavic languages adopting both the historical and the functional constituent-based analyses.

In recent years, linguists at ELTE have been contributing studies to the most important journals of linguistics, including the Theoretical Linguistics, the Applied Linguistics, as well as the Journal of Speech Language and Hearing Research.