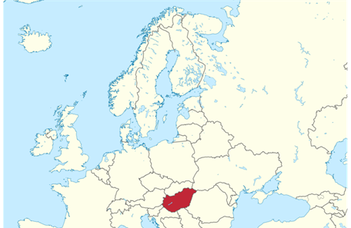 Hungary is located in East-Central Europe and it occupies an area of 93 030 km2. The country’s population is less than 10 million including several minorities. The capital city is Budapest with almost two million inhabitants. Hungary borders Austria, Slovakia, Ukraine, Romania, Serbia, Croatia and Slovenia. Hungary is a member of OECD, NATO, EU and the Schengen Zone. The official language is Hungarian and the currency is the Hungarian Forint (HUF).

Hungary is one of the 15 most popular tourist destinations of the world. The country is also a home to numerous World Heritage Sites, UNESCO Biosphere Reserves, the largest water cave system and the second largest thermal lake in the world (Lake Hévíz), the largest lake in Central Europe (Lake Balaton) and the largest natural grasslands in Europe (Hortobágy).